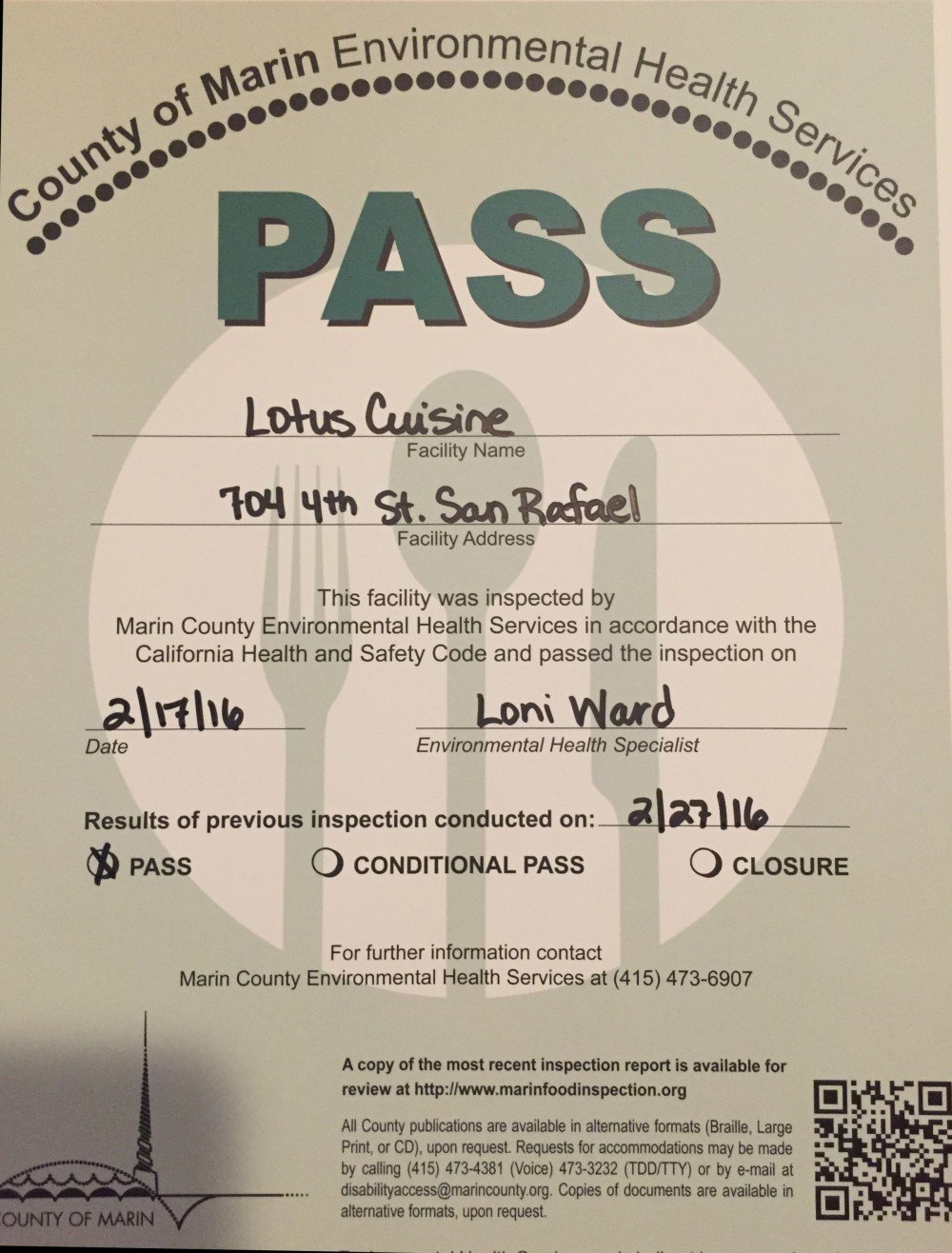 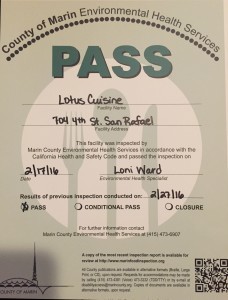 Lotus notified Patch of this error. Patch reporter Bea Karnes should have known how important it is to get the facts straight. She could have spoken or sent an email to County health inspectors before posting such an accusatory and damaging article but she did not. She relied entirely on a County website which contained outdated and incorrect information. Lotus was uniquely damaged because the information on the website was over a year old, compared to the other five restaurants, and no health department would permit a restaurant to operate with ongoing violations.

Lotus owner Surinder “Pal” Sroa immediately discussed this article with environmental health specialists Loni Ward and David Smail at the Marin County Environmental Health Services. Both agree that the Patch article was full of discrepancies and Lotus should not be included in such an article. Ms. Ward has kindly written a letter about this which you can read by following this link. 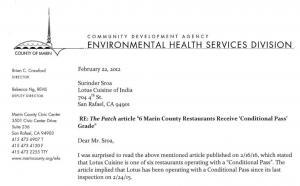 Readers were led to believe that the 6 restaurants mentioned – including Lotus – are the worst offenders in Marin, when in fact they are not. Lotus received regular random health inspections like other restaurants as can be seen from the County Health website that Patch links to:

The article specifically referred to a routine health inspection at Lotus dating back to early 2015. Patch incorrectly stated that Lotus Cuisine currently has a conditional grade. All the other restaurants had inspections from 2016.
Lotus has received a PASS for every inspection since Feb 2015. For further details please see the Marin County health website the article links to and also the copies of the most recent health inspection which are attached.
Lotus has retained legal counsel and asked for a formal retraction and raised a claim for defamation.
The staff of Lotus Cuisine of India has requested an apology from Patch for the reputational damage and demanded a retraction of this defamatory article. Patch has finally removed Lotus from the article but has yet to apologize. Lotus is also seeking that Patch post a rebuttal article whereSurinder Sroa has the opportunity to talk about his family of well-respected restaurants and about the issue of health inspections.
Some of you may now be asking how you can help! Please show your support for the Lotus Family of Restaurants. Let Patch know that such poor journalism is not acceptable. Please tell your friends about this by sharing this article.
Category: NewsBy jacquiMarch 3, 2016Leave a comment
Share this post
Share on FacebookShare on Facebook TweetShare on Twitter Pin itShare on Pinterest Share on LinkedInShare on LinkedIn

You Can Still Pick Up Take Out During Lotus’ Afternoon Break
March 23, 2021