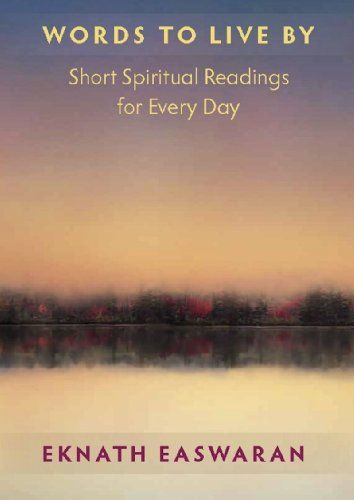 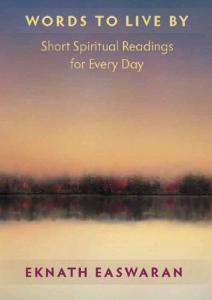 I first because interested in improving my diet under the influence of Mahatma Gandhi, who used to include articles on diet and health in his weekly newspaper along with all the latest political news.

I had been brought up on traditional South Indian cuisine. I had enjoyed it all thoroughly, but I had never asked what the purpose of food is. At Gandhi’s prompting I started asking this kind of questions and concluded to my great surprise that food is meant to nourish the body.

I started changing. I began to eat foods that wouldn’t have appealed to me in earlier days. Now asparagus tastes better than chocolate tarte.

The palate is the ideal starting point for getting some mastery over your senses. You have three, four, maybe more opportunities a day: breakfast, lunch, dinner, and any number of between-meal snacks. No need to talk of fasting or strange diest. Just resolve to move away from foods that don’t benefit your health and begin choosing foods that do.

From “Words to Live By” by Eknath Easwaran

You Can Still Pick Up Take Out During Lotus’ Afternoon Break
March 23, 2021